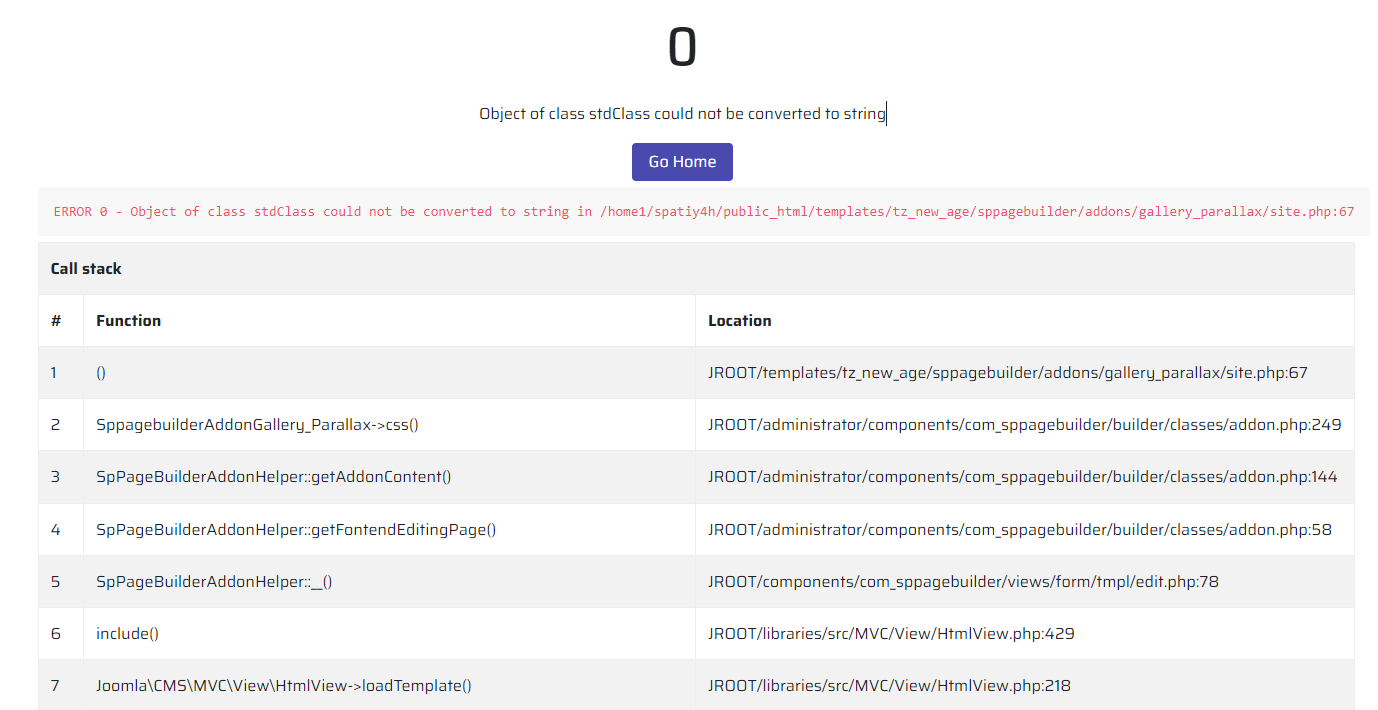 The code where the error occurs is:

The first line is trying to concatenate a string onto the end of $css, but $css would have to already be a string (or be a variable type that can be cast to a string, like an integer) for that to work. If it's an object then that would cause your error. We'd need to see how and where $css gets generated in the first place.

The second line is sticking out for me.

It completely overrides the line before it and makes it pointless, as well as any earlier references to $css that aren't included in the code above. I would point this out to the template developers in case it has been left in by error.

Not the answer you're looking for? Browse other questions tagged joomla-3.x php or ask your own question.

0
Component views compatible with Bootstrap 3 in Joomla 3.x
0
See error line instead of: "500 - String could not be parsed as XML"
2
Height and Width are not considered for an editor Form Field
0
Debugging methods- How can I determine the source of the error - "0 Class 'ContentHelperRoute'"?
0
0 Class 'EngineeringHelpersEngineering' not found
1
limit dimension of image while uploading in joomla 3.10
2
0 - Using $this when not in object content
0
Resize image width in function of set image height in CSS?