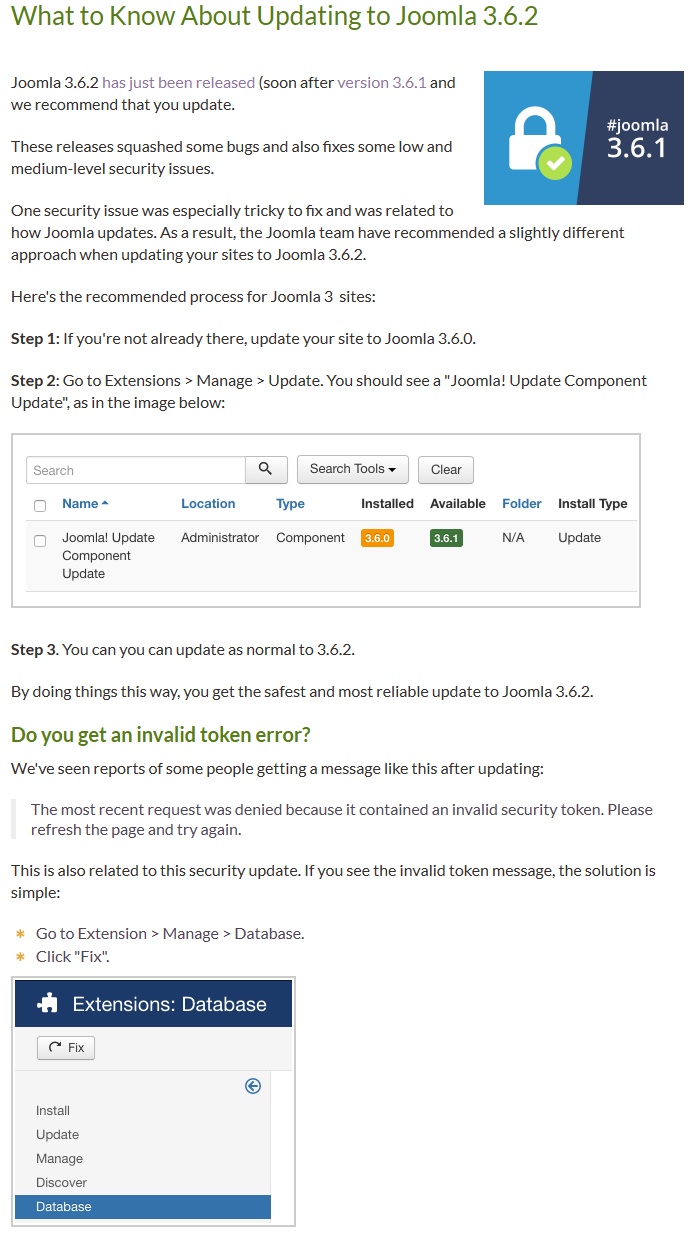 0
Joomla Blog Error: 0 - Invalid address:
1
Unable to Use Live Update for Joomla! 3.6.1 (403 Access Forbidden)
2
Joomla 3.4.x to 3.6.4 Update and invalid security token on front-end login
2
Article save error: Invalid Parent ID (Frontend)
0
Unable to log in to Joomla! front-end
1
Getting error message as The most recent request was denied because it had an invalid security token. Please refresh the page and try again
0
How to properly verify whether there's a token or not - Joomla checkToken() function
0
Invalid security token locks out users trying to log in through an email link